Can expat easily buy the apartment or house in Vietnam?

Foreigners are not allowed to purchase land in Vietnam. But thanks to the Vietnam’s Land Use Rights (LUR) (also known as Ownership Certificate of Property), foreigners are allowed to use and control the land they lease with a leasehold period of up to 50 -70 years. The leasehold period can be renewable.
In term of completely owning a land, keeping in mind that foundation soil ownership in Vietnam is not permitted for foreigners unless they have married with Vietnamese national. Just for clarification, even though you cannot own a land as an individual foreigner, you can still own the property are built on that land. 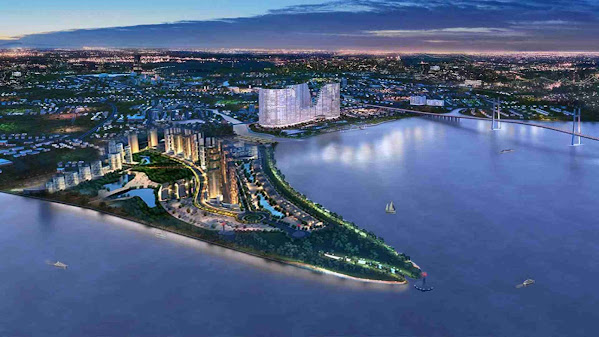 I do not understand the land concept in Vietnam, but in my country when you buy an apartment, you are the owner with other landlords of the land where the building was constructed... because if you are not the landowner, the government can move you out of your apartment because the land belongs to another one.
Go to the Bangkok expats FB groups, many expats looking to decrease their condos price down to 10-20% off because they cannot travel back there and re-rent to tourists after the Curfew & protests progressed.
Investing in a 50 years leasehold with minimal protection and guarantees has to be the riskiest worst idea for foreigners. And most of the foreigners that bought under foreign quota cannot be able to resell or business - who wants to buy the remainder of a 50 years lease! Has to be the riskiest investment in Asia.
You don't have title, there is nothing like ownership rights protected by the government regulation. You just have the right of use that can be easily changed if the government wants to.
The higher price paid for foreigner quota only makes sense if you expect to sell at a higher price as well.
1- Will the locals pay?
2- The proportion of foreign owned apartments can easily change (increase), dropping down the prices and getting and extra income for the government from taxes. Assuming that there is someone willing to pay your asking price and the VND has not depreciated against your domestic currency; how are you going to send the money back home? It's easy to bring money to Vietnam but extremely difficult to take it out. Think both of this.
26.11.20
Saigon D7