HCMC- In the last quarter, the primary selling price (the first price investor launched to the market) of townhouses and villas continued to increase by 12.8%.

Property prices plunge in 2020 because of the pandemic?

According to real estate consultancy Jones Lang LaSalle’s report on the terraced house market in Ho Chi Minh City, on the primary market, the price of townhouses and villas is still at a high level about 5,158 - 5,337 USD per square meter throughout 2020. Only calculated at the end of the year - in the fourth quarter, the increase in prices of these houses recorded 12.8%.

Flashback, in the second quarter, the price of terraced houses on the primary market rose by 35.9% compared to 2019. By the third quarter, the primary price offered by the investors was 3.1% higher than the previous quarter. JLL confirms that the prices of townhouses are likely to go up steadily in the near future. 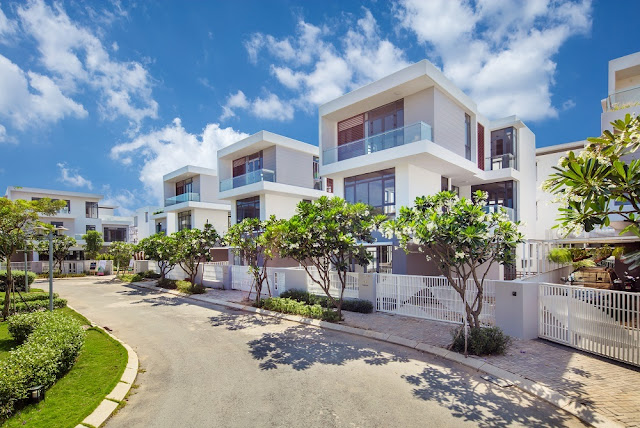 The reason for the price increase is due to newly launched projects offering higher than average prices. Even in the same project, many investors tend to keep high prices because of the limited supply. The provision of new terraced house to the market in the second quarter of 2020 only reached a low level. Only two projects were officially published for sale in the quarter, one of which is the last phase of a 20-hectare project in the south of HCMC, the other is the second phase of a small project in the east.

For instance, apartment prices in Thu Duc City, a new urban area in eastern HCMC, are at an unprecedented VND60-90 million ($2,600-3,900) per square meter in the premium segment as the creation of the new city pushes up demand. In the affordable segment, prices have risen by 20-40 percent to VND30-35 million as the new city is expected to usher in administrative reforms and growth.

In addition, the deceleration of the supply of this kind of house in the peak sales season at the end of the year makes the total new offering of the whole year 2020 only reach 2,200 units. This basket is 50% lower than the 2016-2018 peak.

The decline is due to the fact that the city still has many projects with legal problems that cannot be implemented and currently does not have much land fund to develop residential plan. Difficulties in getting permits have been the main roadblock for developers. From 106 housing projects approved in 2016, the figure fell to 16 last year and 12 in the first six months of this year, the Ho Chi Minh City Real Estate Association (HoREA) said. The number of new housing units fell 79 percent in the first half of this year compared to the same period in 2017 to 4,569, and 2020 could be the third consecutive year that new supply falls, HoREA forecast in September.

Despite the plunge in production, more than 80% of all terraced house offered for sale in the quarter were ordered, the majority of them were in large-scale integrated projects. Most of the clients who buy to stay prefer green space, convenient while ensuring their private life. And investors are interested in the potential to increase prices or rent and business in the future. In 2021, the number of new launches is expected to reach more than 4,000 units if legal problems are removed quickly.